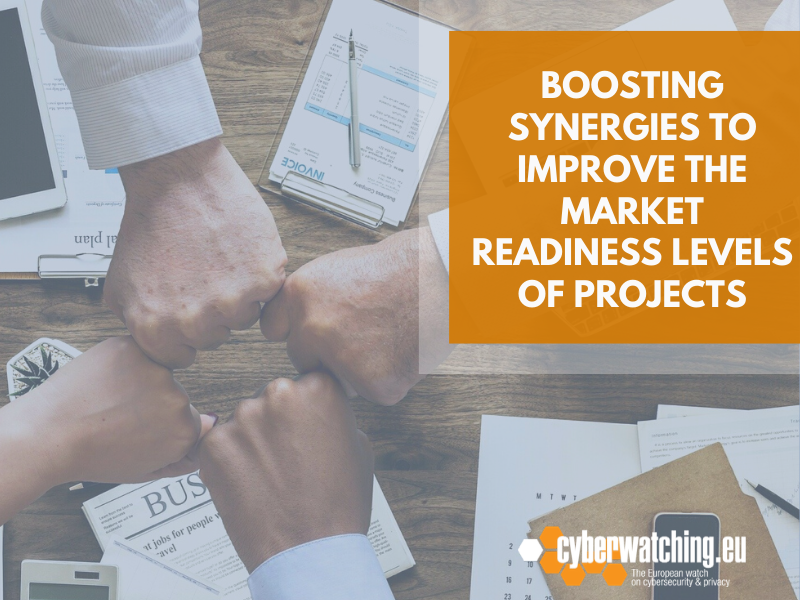 In the past weeks Cyberwatching.eu organised two virtual meetings with two different groups of projects, in one of which Defend Project also took part. The goal was to help them improve their market capabilities.

The meetings included some key speakers, such as Georgios Lyssandredis and Ada Matei, from the Common Competence Centre at DG RTD, Michel Drescher from Oxford University, Nicholas Ferguson, Cyberwatching.eu coordinator and Marina Ramírez, from AEI Ciberseguridad.

The first virtual meeting, which took place on the 9th of July 2020, involved 7 active R&I projects with an MRL score of between 3 and 4 (FENTEC, SealedGRID, PAPAYA, DEFEND, PANACEA, GUARD and SAPPAN).
From this meeting some starting points for collaborations have emerged. One of these is the joint organisation of webinars focusing on three areas: health, energy and finance.

The second cluster meeting, which took place on the 16th of July 2020, involved a group of projects with an MRL score of 5-6-7 (CS-AWARE, STOP-IT, PoSeIDon, CyberSec4Europe, ECHO, SecureIoT, SECREDAS, InfraStress, EnergyShield and CARAMEL).
In this meeting, the following topics were discussed: threat intelligence and information sharing, Local Public Administration and finance/banking.

After the end of the second meeting, Cyberwatching.eu wrote a summary article of the two meetings, outlining the topics covered, and the conclusions reached.